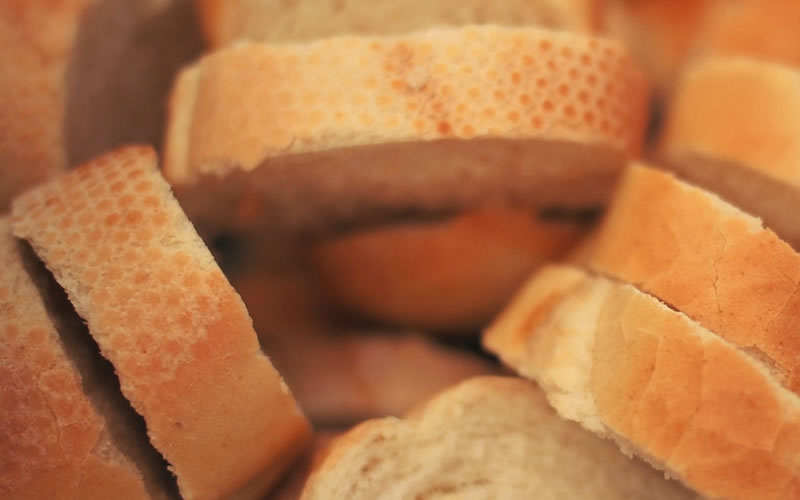 Gluten-free is all the rage – but is it a food fad that you really need to follow?
This blog is adapted from a feature I wrote for Woman’s Own magazine.

Think back to the last time you made pastry or dough…That sticky elasticity was gluten at work. It’s a protein – found in wheat, rye, spelt and barley – that enables you to create bread, cakes and pizza doughs that rise and keep their shape when you bake them. It makes our favourite comfort foods yummy and chewy – and it contains a substance called gliadin that can wreak havoc when it reaches your digestive tract, but only if you’re sensitive to it…

Could you have Coeliac Disease?

The most severe form of gluten sensitivity is Coeliac Disease. It causes your immune system to attack on your body whenever you eat something containing gluten. Classic symptoms are abdominal – persistent cramps and diarrhoea are normally a red flag to get tested (talk to your GP or find out more at www.coeliac.org.uk) . But, confusingly, not everyone gets these.

Are you tired all the time?

‘The condition can also manifest itself with fatigue, mouth ulcers and weight loss,’ says Helen Ford, nutritionist at Glenvillenutrition.com. About one in 100 people have already had a medical diagnosis of Coeliac Disease. But one study concluded that over 80% of people with the condition don’t know they’ve got it. ‘It’s on the increase because we’re eating a lot more wheat than we did 20-30 years ago, often hidden in packaged foods,’ Helen says. ‘And the wheat we eat these days is heavily processed and this seems to have made it more problematic.’

Even if you test negative to Coeliac Disease, you could still have a gluten intolerance, which causes your body to react in some way when you eat foods containing it. You won’t be susceptible to the more severe consequences of Coeliac Disease (which can increase your risk of cancer, among other things, by attacking various tissues and organs) – but your gluten intolerance could be the reason for IBS symptoms, or other problems such as fatigue and achy joints. Studies show that 40% of us carry the genes (HLA-DQ2 and HLA-DQ8) that make us susceptible to gluten sensitivity. Helen says: ‘Gluten intolerance is quite common and usually happens when you’ve overwhelmed your body by eating too much of it in one day. But once you’ve had a break from it and let your gut heal you will usually be able to tolerate small amounts of it – whereas Coeliac Disease needs a life-long exclusion diet.’

All in your mind…

Surprising studies have shown a link between gluten and brain disorders too – with schizophrenia, autism, epilepsy and ataxia (causing problems with walking, talking, co-ordination and balance) all having responded well to a gluten-free diet. ‘With Coeliac Disease, gluten can damage the blood-brain barrier which regulates the crossover of nutrients and toxins from the bloodstream to the brain. By affecting absorption of nutrients, a lack of minerals and vitamins is also linked to depression and other neurological disorders,’ says Helen.

Having Coeliac Disease can also open you up to a litany of other serious diseases, most of which have nothing to do with digestion. ‘Once the immune system becomes over stimulated it can trigger a cascade of other auto-immune responses,’ explains Helen. ‘Eating gluten could potentially lead to Diabetes (type 1), Multiple Sclerosis, and autoimmune thyroid disease and liver disease if you already have Coeliac Disease.

Studies show gluten can break down into shorter proteins – “polypeptides” – which have an endorphin like effect on the brain, creating a buzz like you get from aerobic exercise. ‘These compounds bind to our opioid receptors in the brain, creating a “high”,’ explains Helen. ‘They also get through the blood brain barrier into the bloodstream setting up more cravings, which could be why so many people claim they are addicted to wheat.’

Not every gut problem will be linked to a gluten intolerance – so cutting the substance out of your diet may not have any benefits. Other causes of persistent tummy upsets – including Cronh’s disease, ulcerative colitis and IBS – must also be ruled out by your GP.

Remember it’s only a healthy way to eat if your gluten substitutes are nutritious choices, says Helen. ‘Unfortunately a lot of the high street gluten free breads, pasta and cakes are full of sugars, stabilisers and bulking agents (which are highly processed and have very little nutritional benefit). They’re also quite starchy, using flours derived from potato, corn and white rice which are naturally low in fibre and therefore high GI – and these create spikes in blood sugar. This can lead to weight gain and mood swings. So gluten free is not always the healthy option. Instead of buying these specially created gluten-free products, choose quinoa, buckwheat, brown rice, which are naturally gluten-free.’